There is something about stones, the calmness of the smooth forms, I have always collected them

I made a plaster mould of a stone which I’ve used to either slip cast or press mould vase bodies, while experimenting with the placement of the neck and base.

The terracotta vessels, also inspired by stones, were built by hand and made functional with spouts… that resemble arteries.

This triggered a series of vessels inspired by internal organs, starting with the heart and lungs. More to come. 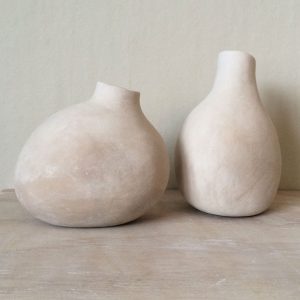 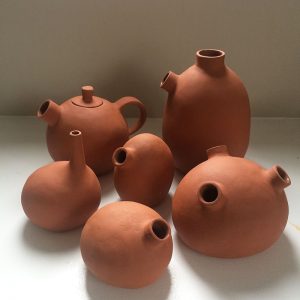 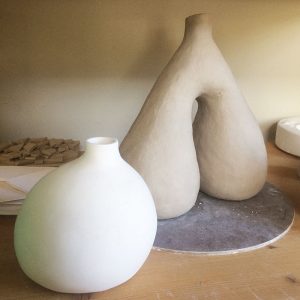