Sometimes you need a flower on your plate...

…or any odd vase to hold a flower; here are a few concepts.

In the making of a drop shaped coiled vase, I thought the end result was rather unspectacular. I pondered what can I do… and dropped it to the table on an angle to explore if a vase could have two bottoms; indeed it can! The tilt vase came to be, with an uplifting, and a melancholic edge.

There is something about stones, the calmness of the smooth forms, I have always collected them, so I made a plaster mould of one, which I’ve used to either slip cast or press mould vase bodies, while experimenting with the placement of the neck and base.

Sometimes I like to test my throwing skills on a classic vase with a flaring lip. 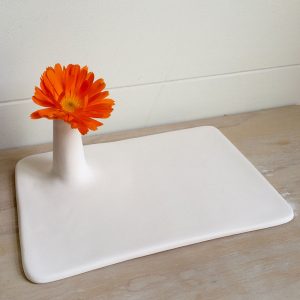 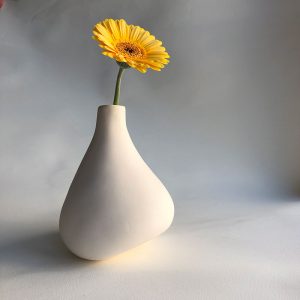 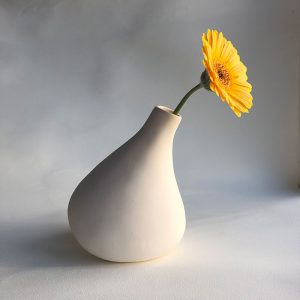 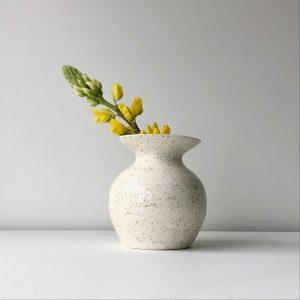 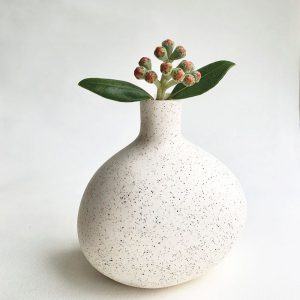 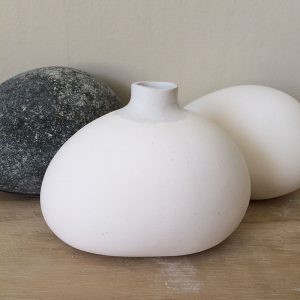 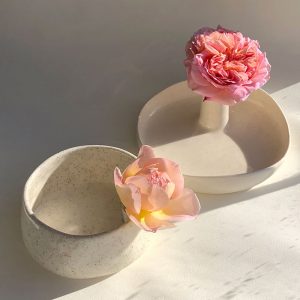