A vase that can be used two ways according to mood, and how one thing leads to another

In the making of a drop shaped coiled vase, I thought the end result was rather unspectacular. I pondered what can I do… and dropped it to the table on an angle to explore if a vase could have two bottoms; indeed it can! The tilt vase came to be, with an uplifting, and a melancholic edge.

An attempt to replicate the vase looked like a comma, and triggered further play on typographical symbols and a reflection on how contemporary potters use social media to market ourselves: the #vase. The idea had potential but the final outcome not quite resolved, an attempt to make a more dynamic version triggered an idea to use scraps of clay with different sand to build a NZ sand castle (more detail in the work section). 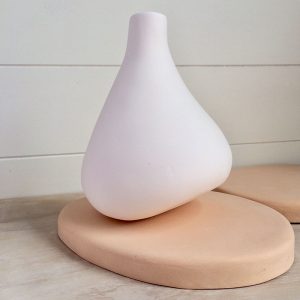 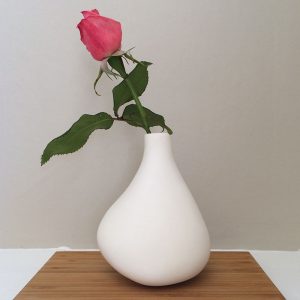 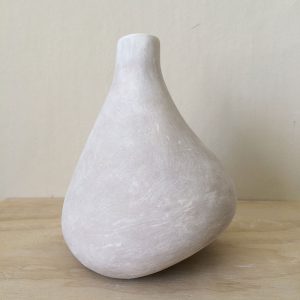 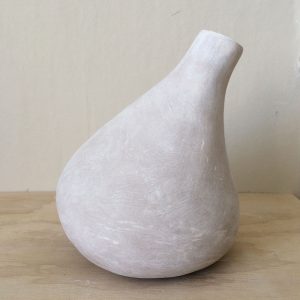 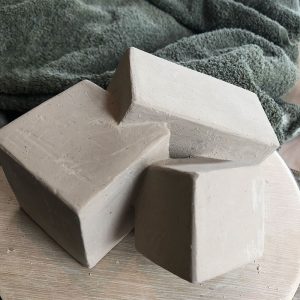 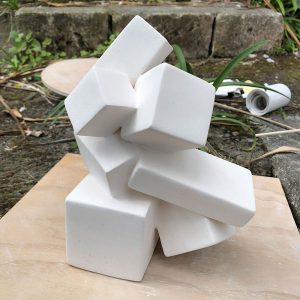